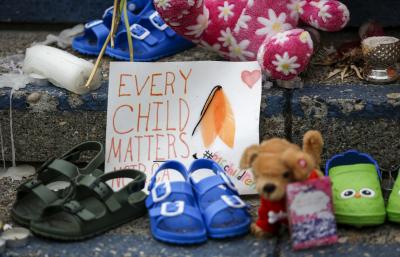 On May 27, the Tk’emlúps te Secwépemc First Nation announced a terrible discovery. The remains of 215 children were found at a former Indian Residential School (IRS) in Kamloops, B.C.

Over a century, more than 150,000 Indigenous children attended church-run Residential Schools like the one in Kamloops. The first of these government-funded schools opened in the 1880s. The last one closed in 1997.