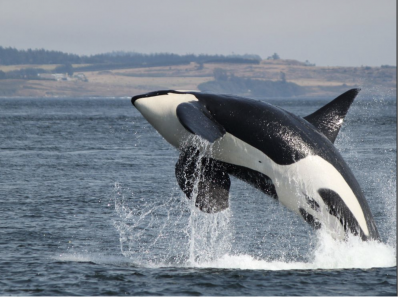 Some of the world’s best-known orcas live off the west coast of B.C. Tourists from around the world come to see these orcas. Scientists study them. Conservationists try to protect them.

The type most people see are the resident orcas. They stay close to home – in the waters of the Salish Sea. They feed on salmon and put on a show for whale watchers.

The transient orcas, also known as Bigg’s killer whales, aren’t seen as often. Transients hug the shoreline, too, hunting for harbour seals and other small sea mammals. But they roam around between Alaska and California.